The Myth of Virginity

The Myth of Virginity

There is a long-standing, deep-rooted connotation built into the word thanks to cultural norms, religious influence, media presence, and a host of other sociological factors.

It’s a concept that many would agree needs redefining.

The current worldview of virginity is inaccurate at best and ventures toward traumatizing at its worst. What factors are at play, and why is this outdated, potentially hurtful notion so prevalent in our society?

Views on virginity are entrenched in our culture. There is a long history of virginity being regarded as a virtue and a shameful stigma surrounding the “loss” of it. The reasons for this mindset stem from several societal factors.

Virginity stigma is rooted deep in religious and cultural beliefs around the world, and these archaic views have established a harmful and dangerous view of virginity. Many women have succumbed to mental, emotional, and physical pain because of the perception that their virginity is a coveted prize.

In Arab countries, a woman is expected to enter marriage as a virgin. Sadly it is not enough for her to state that she is a virgin or claim she has had no prior sexual experience; she must show physical signs, including bleeding and tearing, on the wedding night.

In South Africa, thousands of women each year must succumb to virginity testing, where they are examined for proof that they have not had sexual intercourse. Their marriage, livelihood, and future can all rest on the results of this flawed assessment.

Most Christian religions believe that male and female individuals alike should abstain from sex until marriage, keeping their virginity intact until their wedding night. They’re taught sex is a sin and virginity makes you godly.

Federally funded groups in the U.S. promote abstinence-only education. It’s touted as the key to a fulfilling relationship later in life, romanticizing and encouraging the idea that only one person should ever experience your body physically.

Unfortunately, these practices all fail to strike a balance between fostering respect for the concept of virginity and recognizing the sexual autonomy of the individual. Instead, these cultural and religious beliefs have created a connection between value and virginity. 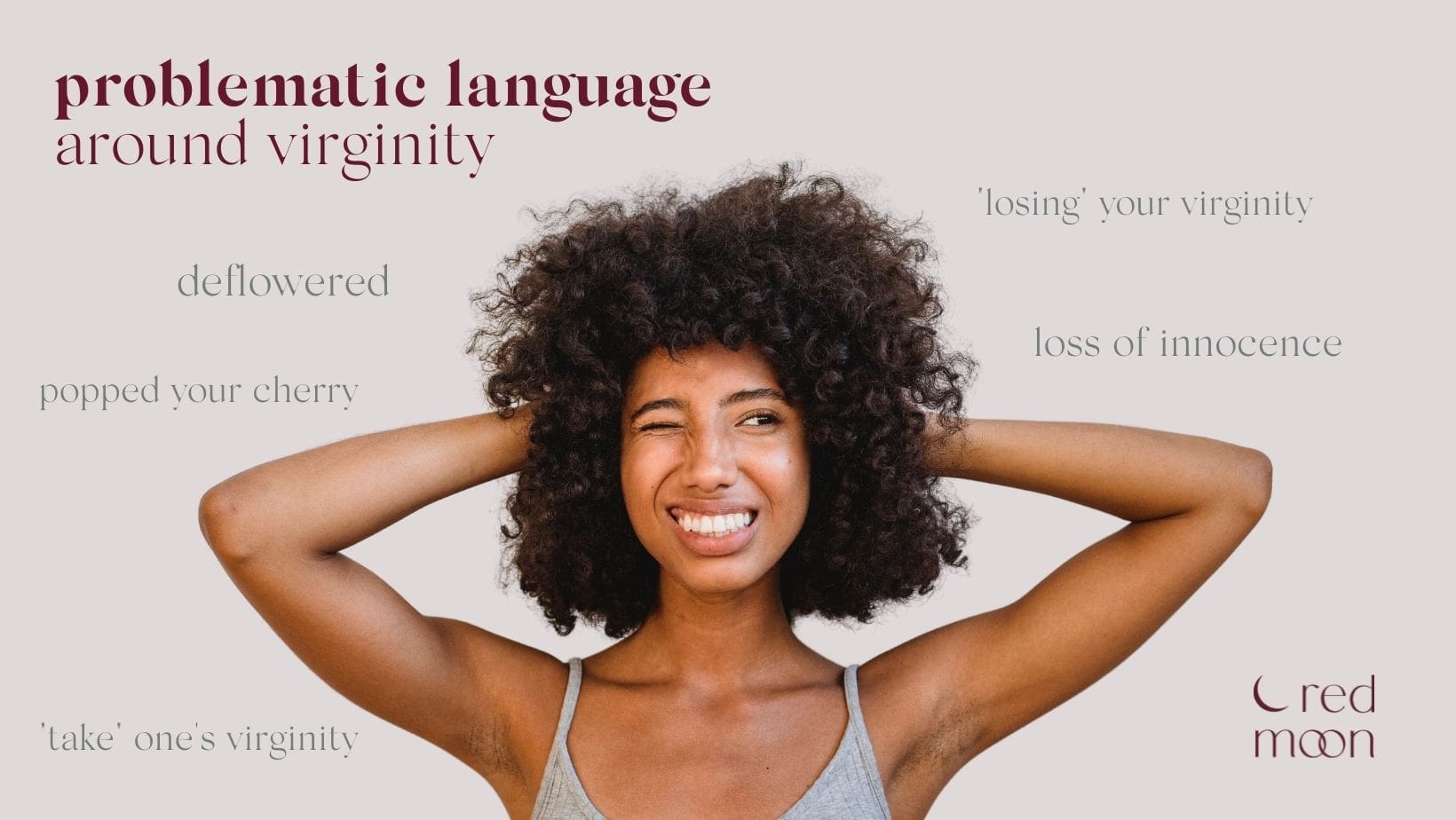 Another problem with the current view of virginity lies in the negative vocabulary that exists in the conversation. Virtually all the terms related to it have the connotation of loss, damage, or ruin. A woman is “deflowered,” or someone has “popped her cherry.”

It is always referred to as “losing” your virginity. You have something that has been lost, stolen, or taken away.

Associating words like “pure” and “innocent” with virginity have perpetuated the idea that a woman is only worthy and moral if she has abstained from sex.

From a young age, girls of many cultures and religions learn their virginity is something to be prized. It can get them a good husband, keep them virtuous before their god, and up until recently, even pay for their education.

Rather than being taught safe and healthy sex habits, girls learn if you’re not virginal, you’re not going to be considered worthy in the eyes of a man, a god, or society.

It’s hard to escape the Hollywood obsession with sex and the concept of virginity.

How many movies depict the main character grappling with their decision to have sexual intercourse for the first time? How often is the protagonist on a quest to rid themselves of their virgin status? Pacts to lose virginity? Shunning of a character who’s had sex earlier than their peers? Regret after the first time?

They’re all common themes played repeatedly and have become part of society’s perception of what it means to be a virgin.

Because virginity involves a biological and physiological process, most people suppose there must be a medical definition of virginity. Common definitions and practices to define and determine virginity are dehumanizing, exclusive, and at times outright traumatizing.

The Conundrum of Quantifying

Truly, there is no biological determination of virginity. It came from no scientific discovery. It is not a medical condition. There is not a test that yields positive or negative results. Virginity is primarily a social construct which means it is an idea created in people’s minds that tends to become widely accepted.

A significant issue with the label of virginity is the inability to label sexual intercourse itself. What constitutes intercourse? Is virginity limited to just penile penetration of a vagina, or does oral sex count? If a homosexual couple engages in sex acts, are they considered virgins?

Labeling is also problematic when considering survivors of sexual assault. Is an individual considered a virgin if they did not consent to the act? Shouldn’t victims be allowed to reclaim their

The term is bound to constructs of gender, sexuality, and experience that are not recognized as true or accurate for all individuals, and therefore the term itself is not valid.

The hymen does exist as part of vaginal anatomy, but the concept of the hymen and its function have been greatly exaggerated in an attempt to idealize virginity and judge women accordingly.

The hymen is a small amount of tissue near the edge of the vaginal opening. It remains from the embryonic development of the vagina.

The commonly accepted notion about the hymen is that it is a layer of skin that stretches across the vaginal opening, effectively blocking anything from penetrating it. As a matter of fact, it is an extremely rare circumstance that the tissue of the hymen even covers the entire vagina opening. Usually, it is a very thin, flexible crescent-shaped piece of tissue that isn’t intended to block anything nor stay intact.

The most common and most harmful myth surrounding the hymen is the idea that it remains whole until vaginal intercourse has occurred. It was long believed and still a practice in some countries today that the absence of a hymen is a tell-tale sign that a woman is not a virgin.

In many cases, there may not be much tissue present in the first place, or the tissue has slowly stretched or torn over time with exercise or tampon use. Even a gynecological exam can be responsible for the absence of tissue. Because of this, there is a consensus in modern medicine that the hymen does nothing to determine if there has been sexual activity.

It’s time to shrug off the social construct of virginity. It’s an idea that does nothing but stifle sexual freedom and promote feelings of shame and inadequacy.

It seems counterintuitive to view something that allows for exploration, pleasure, and experience to be considered a loss. A healthy sexual experience is an opportunity to learn about yourself and your body and connect with your partner. There’s no shame in a desire to learn what’s pleasurable or explore your attraction to another person through sexual activity.

Though the first time may have its awkwardness or have been slightly less pleasurable than you’d imagined, the act is part of the human experience. It’s natural and not shameful.

Having sex on your terms is a pathway for growth, empowerment, and a deeper connection with others.

Similarly, redefining the concept of virginity does not mean shaming those who choose to wait or decide not to have sex. This choice can be empowering too. Waiting until you feel ready or abstaining due to other personal reasons should be respected.

An Experience Not a State of Being

Just like you don’t lose anything from having sex, it also doesn’t make you one thing or another. It isn’t part of your identity any more than any other singular moment in your life. It can impact you, but you shouldn’t feel like it makes you who you are, and certainly, it does not add or detract value.

Your choices regarding sexual activity are like any other decision with your body-they do not define you.

Your Value is Not in Virginity

At Red Moon, we believe in changing any perception that implies choices with your body determine your worth. You have complete autonomy, power, and authority over your sexual encounters.

Commit to believing that decisions involving your body are your own. Make them on your own terms and your own time.

Cherie Marquez is the co-founder of Red Moon, where she brings her talents as an entrepreneur, storyteller, and holistic health enthusiast. Cherie is also the founder of Take One Daily Media, a marketing, advertising, and design agency dedicated to using media in creative and progressive ways. For twenty years, Cherie has used marketing and design strategy to impact social change. You can connect with her on Linkedin.